React is an open-source Javascript library to build user interfaces. It is maintained by Facebook, Instagram and an entire developers community.

React is not a Javascript framework, and that’s why it might be so confusing to understand. It’s emerging from an ecosystem full of frameworks, even while it allows you just to create views. If you need to integrate other functions like API calls, you will need to make use of other libraries.

React’s secret to get a high performance is that it implements a Virtual DOM that instead of rendering the entire DOM with every change (that is what is normally done), it makes the changes inside a copy made in-memory and then uses an algorithm to compare the properties of that copy with the ones in the current DOM to apply changes just over the parts that varied from the original. This may sound like a lot of work, but it is really more efficient than the traditional method. For instance if you have a list with two thousand elements in an interface and ten of them changes, it is faster and easier to modify and reload those attributes than rendering the whole component list. 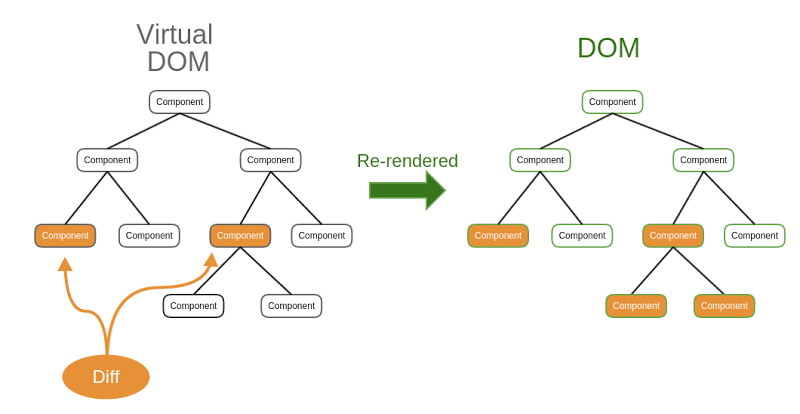 React’s promote  one-way data flow, this is a mayor point in their architecture. They prefer this approach rather than the typical two-way flow present in modern frameworks. This makes it easier to expect and detect errors in large applications where information flow end up been too complex.

Why should we use React?

React is a fully mature library it can be effortlessly be implemented on a variety of projects. It allows your team to perform an organize agile development, using a maintainable architecture focusing on great performance.

Although React doesn’t have the ultimate recipe to make a complex web application, the several components and tools that are build for React does. They will allow you to find a capable solution to do anything we would’ve done with other monolithic framework.

So… why are you not using it yet?